And Ne'er The Twain Shall Meet

This week I want to expound just a little on something I said in my last post, just to reinforce a point. It occurred as I was writing that post that handing off our responsibility to the needy to a faceless government agency, isolates us not only from our duties, but from our fellow man. There are other factors as well that further isolate us one from another, and I think we can agree that isolation is not good for humans. 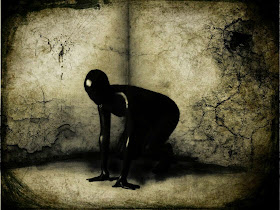 
It's been said that Humans are communal animals. In this case, I do refer to humans as animals, because even though we are unique among all creatures on the earth, we in our basic definition, are animals as well. Which means certain conditions are so much a part of our nature that we cannot thrive without them. Interaction is one. Placing a prisoner in solitary confinement is considered among the worst punishments that can be inflicted upon a human. In fact, many studies have shown that a person can only be alone for a certain amount of time before their mind breaks, and death follows shortly thereafter. NASA even has numerous experiments on file that prove humans simply cannot survive long periods isolated from others. So at this point, I don't feel any need for posting evidence. You can simply google it and come up with page after page that prove my point. People need people. Period. Even teenagers.

Teens are strange creatures. I still remember when I was one, I sought isolation from my world. I hated being a teen. Hated being the awkward, shy boy who suffered panic attacks at the mere thought of asking a girl out on a date. Hated being bullied by those who sought to better their own social position by making others feel inferior. Hated being singled out  and ridiculed for speaking out of turn or saying the wrong thing, always a day late and a dollar short. So I sought isolation in my books. After all, a good book never judges, is always there for you, takes you away into into world
where you get to be the hero and save the day, instead of the kid in the back of the class that no one understands. 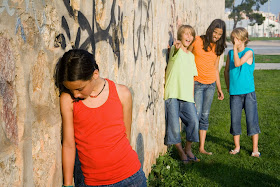 I did have two friends, with whom I hung out as well, and what did we do? We spent our time roaming the woods in Soldier's Memorial Park or out back of Fix Park, riding our bicycles around Pine Lake, and shunning society as a whole.

Anyway, teens are odd critters, who seem to seek isolation in every way they can. They use their cell phones, iPods, and the internet to remove themselves from a cruel society that they create themselves every day in the school halls. A teenager would rather text with their friend down the block than to actually go see them. A teen would rather spend hours on Facebook than spend a minute with a real person, and it shows in the collective society that we've created online in the circus that passes for social media. Unfortunately, those patterns of behavior become habits, and habits follow us as we get older. So we become hermits in our own families, virtual recluses living together, yet alone in our own little worlds. 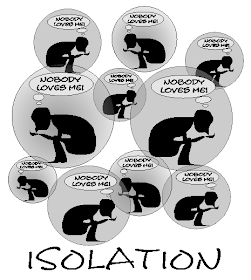 We say things online that would get us a fist to the face in person, and we get away with it because that other person isn't there to confront us. We have Usernames that further remove us from accountability. We can create personae that aren't even us at all. How many Facebook pages have names like "Stupid Things People Do" or "I Hate Democrats?" There are people behind those pages, and they refuse to be held accountable to anything they say, so they get away with saying stupid, hateful,  and false things that get spread around the world in a mater of minutes. The more outrageous the claim, the faster the poison spreads.

In addition, look at what happens on our highways and streets. People in their cars, removed from direct interaction, tend to drive like idiots, in spite of a common belief on the part of most of us that we're doing just fine, and the other guy is the one who's wrong. Increased incidences of road rage bear this out. We feel free to gesture and yell and make ourselves a brain-dead zombie, because we're in our car and they are in theirs, and ne'er the twain shall meet.

So we have now officially created the most hostile, isolated culture in the world, two feet in front of our faces, and we're so ingrained in our habits that we can't break loose without intervention. We no longer feel the need to be civil with our communication, because we aren't interacting on a personal level anymore. You wonder why the internet is going crazy? Seriously, Sunshine, take a look at yourself. 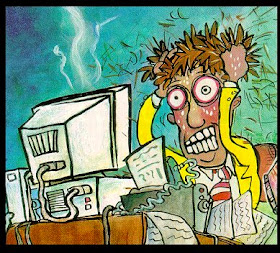 So where do we go from here? How do we fix this? How can we come together as a united people once again, and do away with these factions, these divisions, this polarized isolation? I'm open to suggestions. Maybe just take an extra moment to consider the possibility that hitting "share" on that hateful rant in the form of a meme is helping or hurting. Maybe exercise the the right of other people to be wrong, and you don't have to correct everyone or everything that doesn't agree with your sensibilities.

To quote that able philosopher and all-around weird guy Floyd (I know, just go with me here), "I mean, good manners don't cost nothin' ya know." 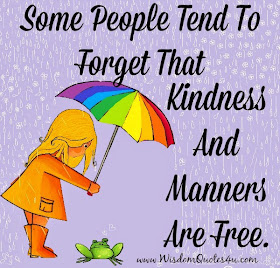 Maybe the best thing we can do is stand up from our computers, put down our phones, and actually place ourselves in personal contact with someone on a regular basis. In a restaurant with friends, stack your phones in the middle of the table. The first person to pick theirs up gets to pick up the whole tab. Quit playing Clash of Clans long enough to share kindness with someone down your street who has a need. Rake their leaves, shovel their walk. Breathe fresh air.

We can do this, people. Make kindness a priority, and maybe we can all start getting along again. 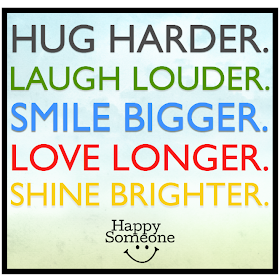